The central organizing committee of the 2016 Police Week of Activities received a timely donation towards the various events slated for the week of September 11th 2016.
A spokesperson for Wishing Well Inc., said that the Foundation is pleased to assist with Police Week 2016. The donation is part of the efforts as a corporate citizen to put the spotlight on the hardworking men and women in the Police Force who go about doing their duties without much recognition for their contributions to the safety of the nation of Antigua & Barbuda.
“We are extremely grateful for the contributions given, not only during Police Week, but over the years in the development and training of the Police Officers. In an era when financial resources are scarce and such meaningful assistance can be rendered, it is a clear demonstration of commitment by the companies (behind the charitable foundation) to Law Enforcement.” – Wendel G. Robinson Esq. Commissioner of Police
The Wishing Well Inc. foundation donated ECD 10,000 towards the Police Week 2016 with the theme “WITH RENEWED ENERGY, BEYOND ALL BOUNDRIES, WE SERVE WITH DIGNITY” 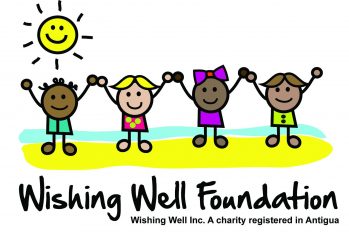 About Wishing Well Inc.
Wishing Well Inc. is a charity registered in Antigua. It was founded by two of the island’s hotels (St. James’s Club Antigua and The Verandah Resort & Spa) and focuses on assisting deserving children and the adults throughout Antigua & Barbuda and the Caribbean region on a whole.