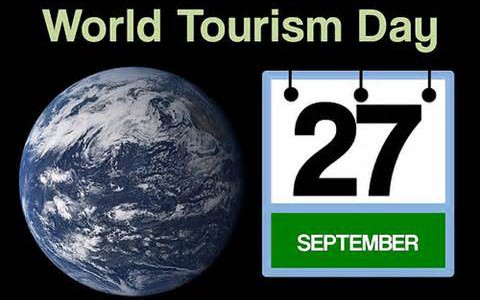 Tourism continues to grow as a powerful force for transforming people and societies according to the United Nations World Tourism Organization (UNWTO) which is calling for a renewed focus on the importance of tourism as it commemorates World Tourism Day (#WTD2015) on Sept. 27, 2015.

The Caribbean Hotel and Tourism Association (CHTA) joins the United Nations and the UNWTO in recognizing tourism as a key socio-economic development tool for communities and countries.

The industry’s impact regionally and globally continues to grow. The world recently passed a significant milestone, exceeding one billion annual travelers. The Caribbean is fast-approaching welcoming a record 30 million travelers to the region.

“Tourism continues to present the greatest opportunity for the countries throughout the Caribbean to create jobs, generate tax revenue, and spawn new locally-owned businesses,” according to CHTA President Emil Lee.

Lee’s comments were underscored by UNWTO Secretary General Taleb Rifai who stated, “tourism has demonstrated its capacity to increase competitiveness, create job opportunities, stem the rural exodus, generate revenues and reinforce the sense of pride and self-esteem within communities.”

According to the UNWTO, today’s more than one billion annual tourists have made tourism a leading economic sector, contributing 10% of global Gross Domestic Product (GDP) and 6% of the world’s total exports.

Lee stressed that the impact on the Caribbean is proportionally far greater. Relative to its size, out of 12 tourism regions throughout the world, the Caribbean ranks number one globally in the relative importance which tourism has on GDP according to the World Travel & Tourism Council (WTTC). Regionally, tourism represents 18.1% of exports.

In 2014, the total GDP contribution to tourism regionally was 14.6%, with some jurisdictions like The Bahamas at 43.6% and the British Virgin Islands as high as 85.9%. Nearly one-third of Jamaica’s GDP is tied to tourism.

“When we look at the impact of tourism on GDP and employment, with over 2.2 million jobs in the region attributed to tourism, there is no question that this is our region’s main economic driver.

It also points to the tremendous potential which we have to drive employment, create new businesses, and address the vexing debt issues facing many of the region’s jurisdictions if we have a concerted effort to develop the industry and attract more visitors,” states Lee.

CHTA has called for a collaborative effort by the region’s public and private sector leaders towards improving the competiveness of tourism and attracting more visitors as a means to job creation and debt reduction. CHTA and its counterpart public sector organization, the Caribbean Tourism Organization (CTO), are working together to facilitate a new level of collaboration.

World Tourism Day presents an opportunity to focus on the socio-economic importance of tourism and the role it has played in developing the people and economies of the region while sharing with the world the rich and diverse beauty and cultural heritage of the Caribbean according to CHTA.